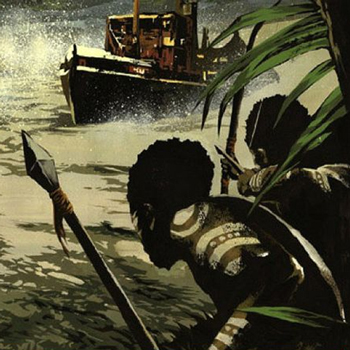 Exploring the concept that little difference separates civilised people from savages, the captain of a ship, Charles Marlow, tells the tale of his voyage up the Congo and into the Heart of Africa.

Searching for a man by the name of Kurtz, who is in charge of an Ivory trading post, he spends a number of months navigating the river and learning about life in central africa.

Unknown to him however, and something he discovers on his journey, Kurtz has in the preceeding months taken advantage of his position among the natives and elevated himself in their eyes to the position of a demigod.