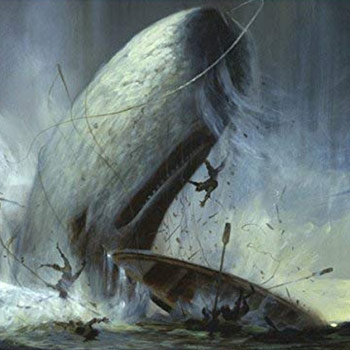 Told from the perspective of a sailor named Ishmael, Captain Ahab of the Whaling ship Pequod is on a voyage of revenge against a sperm whale known as Moby Dick.

The bulk of the book is made up of accounts of life at sea but also encounters between whaling ships and even whaling hunts. The mix of cultures among the crew is also explored with strange harmonies and conflicts explored in detail.

Cited as an antithesis to Ralph Waldo Emerson's self reliance mantra, an underlying theme of the tale is a warning about the trappings of egoism and the pitfalls of individualistic ambitions.